The Surin Islands offer the best snorkeling sites in Thailand. Due to their remote location and size, a trip to the Surins is still a true island adventure without the usual high amounts of other visitors.

The two main islands of Ko Surin Nuea (North Island) and Ko Surin Tai (South Island) are roughly the same size and form a very shallow, extensive channel, which is only about three feet deep at low tide. As the tides wash fresh sea water between the two islands every day, the reefs have recovered rapidly from the coral bleaching in 2010. They now offer excellent snorkeling conditions again. Especially the hard corals flourished for the last three years and are home to countless animal species again.

On the southern island is a village of the indigenous Moken, the nomadic sea folks of the Andaman Sea. About 300 residents from 80 families lead a more or less authentic traditional sea nomadic life under the protection of the National Park authority.

The sea nomads’ village is accessible for tourists and the Moken accept the limited daily visitor groups. Unlike in neighboring Myanmar, where the Moken neither posess nationality nor have the right to designated settlement areas, the last descendants of this fascinating people in Thailand are granted at least the status of a recognized ethnic minority with the right of settlement in their ancestral habitat. We pay the Moken village a short visit to give you a little insight of the original Andaman Sea inhabitants history and lifestyle. 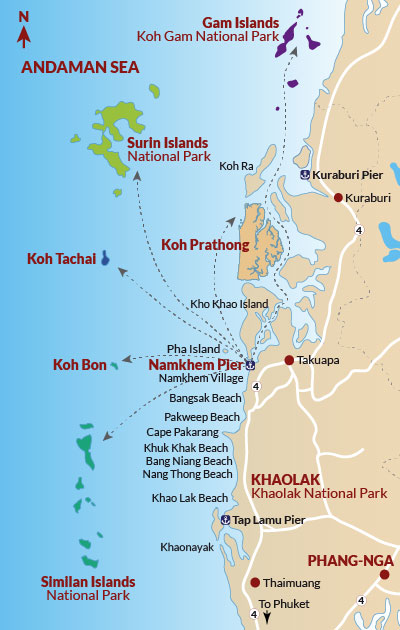 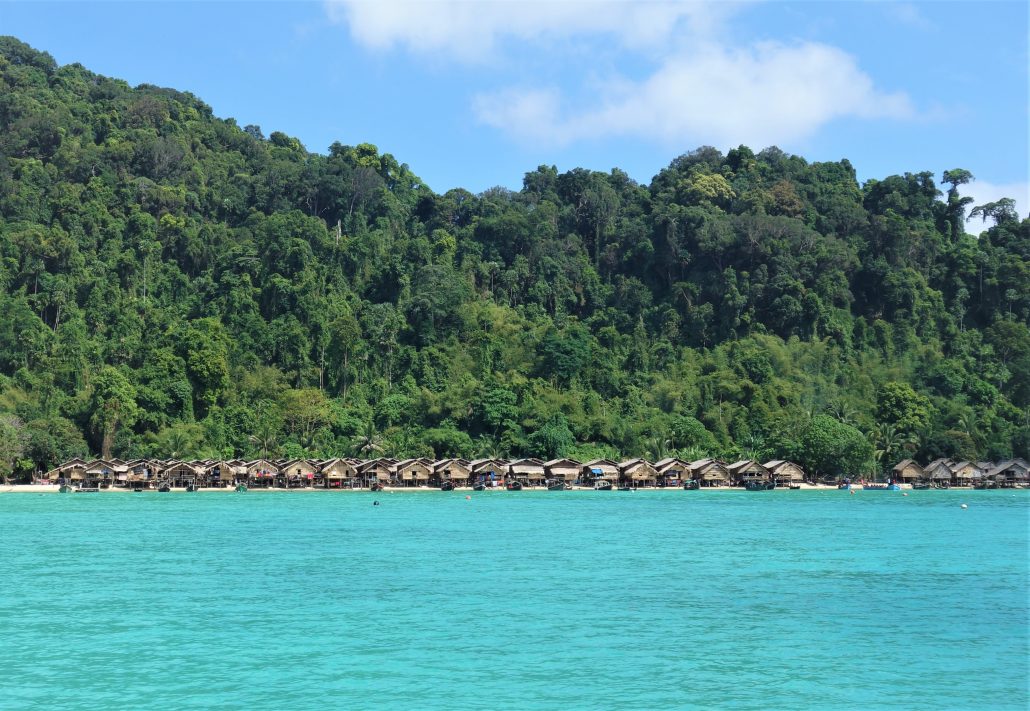 The Surin Islands are the northernmost archipelago on Thailand’s west coast and are located about 55 km off the mainland an Kura Buri. They consist of five islands, the two large main islands offer approximately 90% of the land mass, beaches and reefs.

On Surin South (Ko Surin Tai) live about 80 families of the indigenous Moken, a tribe of sea nomads which used to travel the islands on the Andaman Sea between Myanmar and Malaysia. They are now settled in various reserves of these countries. Like the Similans, the Surins consist of sedimented granite blocks, but, in contrast to its southern neighbors, offer almost five times as much land surface, beaches and snorkeling reefs. Its location, about 40 Km north of the Similan Islands, attract fewer visitors. The travel destination from Phuket and Khao Lak to the Surins is more expensive than to the Similan Islands. With proportionately much less traffic to a lot more space, the flora and fauna in the Mu Koh Surin National Park is in far better shape than in the famous Similan Islands. It is not uncommon in the Surins to see whale sharks, fascinating manta rays, eagle rays, juvenile sharks and sometimes even pods of dolphins.

Snorkeling at the Surin Islands

The Surins offer a wealth of top-class snorkeling sites with healthy hard corals, a series of colorful reef fish and other coral dwellers. Besides Nemo clownfish, there are different types of coral groupers, grunts and some species which are indigenous to the Surin Islands. Reef octopus, the banded sea snake, syngnathiformes like the famous seahorse and particularly the pipe-seahorse are to be seen regularly.

Encounters with turtles, reef sharks and eagle rays are frequent. With a little bit of luck you can encounter impressive whale sharks, manta rays and dolphins which often patrol the islands. 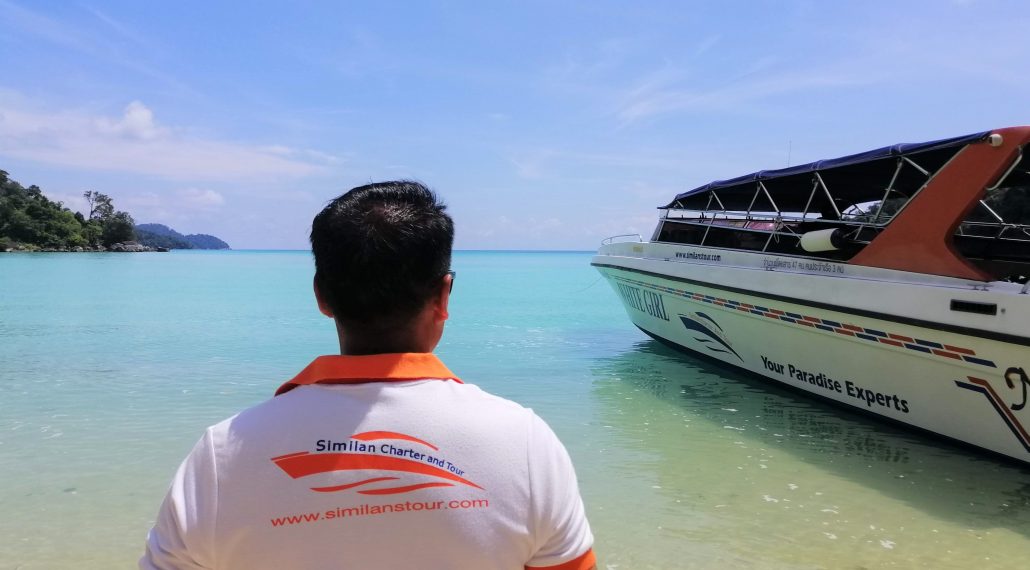 We at Similancharter & Tour want to make your day as relaxing as possible. We also want to give you enough time for exploring the underwater world of the Andaman Sea.

That is why all our snorkeling stops are done with a flexible schedule. We stop to snorkel three times on three different locations around the Surin Islands, and pick our stops according to the current visibility and current situation. That is how we guarantee the best possible snorkeling experience to all our customers. We also arrive early to the beach, so you can enjoy the pure island paradise without crowds.

You have any questions about bookings or the tour? Please check our Frequently Asked Questions page 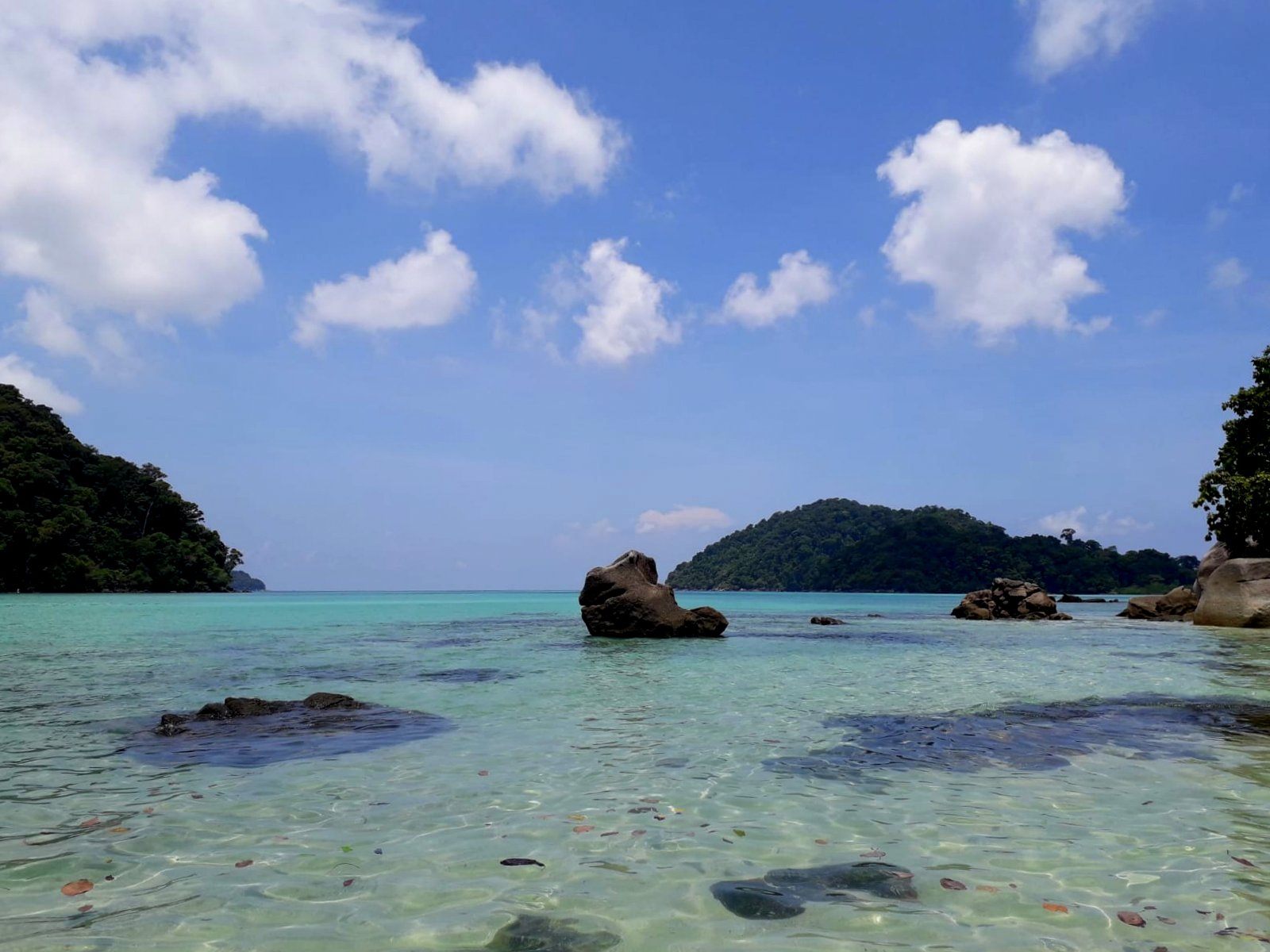